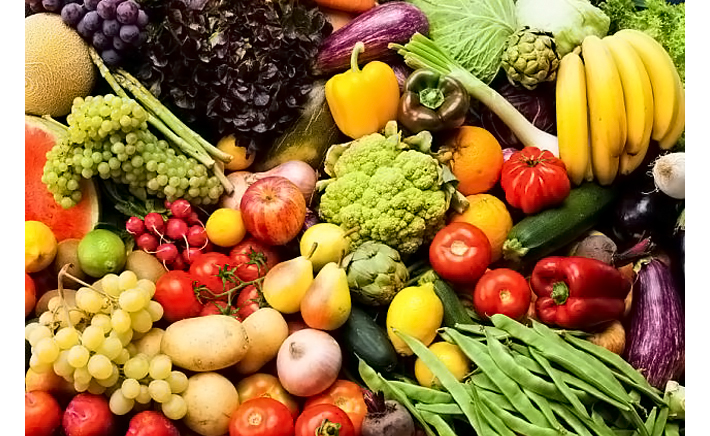 Our body needs many components to function: vitamins, minerals, energy …

Much is made ​​by food. How to know exactly the specific vitamins and minerals needed to better protect our eyes?

For that, you prepare a nutritional guide containing the necessary rules to protect your vision.

Prevention of AMD and nutrition:

Macular degeneration related to age, the leading cause of blindness in people over 60 years represents a major public health problem. Past 30 years, an effort semiological description provided better staging and modes of progression of AMD.

The clinical and epidemiological studies have led to the characterization of environmental factors associated with AMD. Smoking is the predisposing factor most consistently found in epidemiological studies, with a relative risk between 3 and 6 depending on the study for smokers versus nonsmokers. However, the relative risk of not reaching the normal 20 years after smoking cessation, and even if we should recommend to refrain from smoking, smoking cessation is not a preventive strategy in a population average age of 73. By cons, several international publications constitute a body of evidence on the role of nutrition in AMD.

He had already been demonstrated that a low consumption of fruits and vegetables increased the risk of macular degeneration (1). More recently, a prospective study involving over 100 000 individuals over 10 years of follow up, based on a food questionnaire showed that consuming three or more fruits per day, individuals were 35% reduction in risk of neovascular AMD compared with individuals consuming 1.5 fruit per day or less (2). The protective role of vitamins and zinc-dose anti-oxidant has been demonstrated by the working group of the AREDS (3). This is a prospective randomized multicenter interventional study (11 sites in USA). A total of 3557 patients 55 to 80 years were included, with a median of 6.3 years. Patients were randomized to four treatment groups: placebo, vitamin C + E + beta-carotene (antioxidant), zinc, antioxidants and zinc. Vitamins were given dose antioxidant, far exceeding the recommended daily intakes: vitamin C 500 mg (RDA: 60 mg), vitamin E 268 mg (RDA: 10 mg). This prospective study has demonstrated a 25% risk of progression of macular degeneration in the group receiving both zinc and antioxidants in patients with intermediate-sized drusen or large drusen or advanced AMD in “first look”.

Lutein and zeaxanthin are the only carotenoids, among the 800 existing, present almost exclusively in high concentration at the macula. They constitute the macular pigment xanthophyll. Consumption of lutein and zeaxanthin may have a protective effect against the occurrence of AMD, with a reduced risk of 43% for the largest consumers of carotenoids (4). The macular pigment xanthophyll has a dual role of protection from oxidative stress in the retina and retinal pigment epithelium by an antioxidant effect and mechanical effect of the filter. The xanthophyll located within 2 mm central macular area has a peak absorption of light at 460nm, which corresponds to the absorption peak S-cone, protecting the cones from short wavelengths, those that are most toxic to the retina. A prospective interventional study based on lutein supplementation in double blind, was conducted with follow-up of twelve months (5). The study named LAST (Lutein Antioxidant Supplementation for trial) analyzed three groups of 30 patients with atrophic AMD treated with lutein, lutein more antioxidants or placebo. They found a significant increase in macular pigment optical density and improved contrast sensitivity in both groups treated with lutein. The number of patients is limited but this first study could serve as a starting point for a recommendation for consumption or supplementation with lutein in atrophic AMD.

Six independent epidemiological studies have shown these past 5 years that consumption of saturated fatty acids is directly correlated with the prevalence of AMD while consumption of polyunsaturated fatty acids of omega-3 is inversely correlated with the onset of disease (6). The risk reduction is between 30% and 50% in different studies and appears to relate particularly wet AMD. The omega-3 fatty acids, particularly docohexaenoique acid (DHA) have a triple role in the retina: a structural role, because it is the main polyunsaturated fatty acid in the membranes of the discs of outer segments of photoreceptors A major functional role in the early stages of photo transduction, binding to metarhodopsin for its activation, and a protective role against aging retina with anti-apototique, anti-ischemic and anti-inflammatory.

In the light of clinical and epidemiological studies, we can trace the lines of recommendations for the prevention of AMD: not smoking, reducing consumption of saturated fats and vegetables, but also engage in regular physical activity, increasing its consumption fruit, green vegetables (spinach, cabbage, …) and fatty fish. In the elderly, who often has more difficulty in changing eating habits is still the possibility of recommending dietary supplementation. Like cardiovascular disease, nutrition has a direct role on the incidence of macular degeneration related to age.

Soon, enjoy our services and pay your bills online